Almancil in the Eastern Algarve Portugal ,Almancil comes under the district of Loule, nearby Vale do Lobo and Quinta do Largo, Nicknamed the Golden Triangle, this is one of the most Expensive areas of the Algarve, yet the shame is whilst houses can sell for well into the millions. The town of Almancil seems to be forgotten from the tourist map with exception of the (Aquashow) park and (Karting Almancil) on the outskirts. Many web sites only mention the 18th century church, of Sao Lourenco,( saint Lawrence) which sits on the outskirts of the Town with the EN125 dual carriageway running along the side. The Church is on most postcards as it spectacular hand painted tile interior with a hand carved wooden gilded Alter added to the churches nterior in the 18th century. at the bottom of the hill in Sao Lourenco, there is a Antiques shop with many things of interest (English speaking ).

The main town of Almancil dates back to the 12th century when most of the Algarve was occupied by the moors who named almost every town and villages starting with the letters “AL”, some suggestions have said the town was named after the old Arabic word (Almansil)  meaning watercourse ,however this is unlikely as the area is not only inland but  is not known for rivers or waterways. On the outskirts of the town there is an old large mule driven water nora and likely this may have been a stop off for watering horses. For centuries Almancil lay an unimportant village until it became part of the parish of Loule in the 1830’s.

Almancil is mainly made up of a long main street there are many good restaurants and plenty of interesting shops including antique and interior design shop that are located of the main street. As you head out of Almancil along the back road towards Quarteira, the are some good shops which offer hand made tiles of which the area is known for.

There is a layby picnic area, with an old water Nora, these were used to be pulled round in a circle by donkeys/mules in order to draw up water from the well below. The hand painted tiled that decorate the layby, show how life was in the older days, it is hard not to notice the large palatial houses in the area each to there own unique architecture design, the nearby Vale do Lobo is the nearest beach for the town along with nearby golf courses, and nature park, Almancil has a very large water park with some of the largest water slides in the Algarve and is very popular with families. Almancil does have 2 monthly markets as well as 2 monthly flea markets that are very popular for those looking for a bargain to take home with them (see Sitemaps for Markets ) located of the main high street Almancil also boosts a very large park. 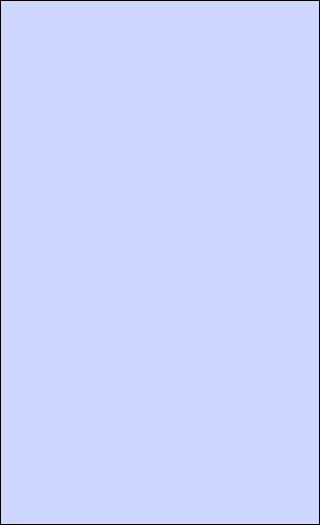 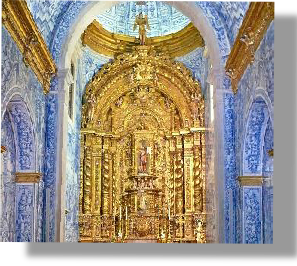 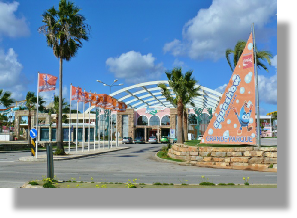 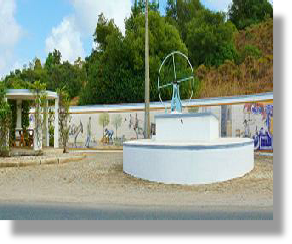 If you would like to read about Almancil & the other 54 other Cities/Towns/villages, 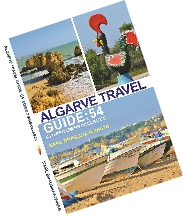