Armacao de Pera  Algarve  Portugal in central Algarve falls under the district parish of Silves. Once one of the Algarve's largest coastal fortified villages, unlike other forts and castles in the Algarve Armação de Pêra’s fort was constructed in the 1570’s to defend against Barbary Pirates from North Africa , for which the town celebrates a pirate week in the first week in August.

Looking towards the archway of the fort entrance you will see the original coat of Arms (see photo), the fact that the fort was so well constructed it is one of few coastal fortifications to have survived the horrific tsunami of the 1755 earthquake which saw waves of over 10 metres destroying much of Portugal including the small village it was then, even the little chapel (Capela de Santo António) that sits in the middle of the fort survived from it’s original construction of 1720’s. Many would not even know it was a fort as little sign remains unless viewed from the beach. Until 2009 part of it used as the main police station and jail cell with just a small stone window opening and solid wooden door as the holding cell.

Armação de Pêra / Alcantarilha,& Pêra  were famous for its Tuna fishing industry in the days when tuna was plentiful in the 1950-60’s. Still to this day it thrives with fishing boats that come in daily to unload their catch on the fisherman’s beach. You can often buy fresh fish and crab direct from the fisherman as they unload their nets ready to sell early morning at the auction (Loto) next to the Red Cross building. When the fisherman are not fishing they offer cave trips for a few euro’s.( It is advisable to only use boats that offer life jackets.

Those days of the small village have long since gone, Armação de Pêra It became a Town (Vila) in 1996). Steeped in history

Holding traditional artesian fairs along the front with handmade jewellery, stain glass and pottery from the nearby Porches pottery (see Porches) in the old casino cafe. Dating from the 1930’s now part art gallery and local tourist office. Outside the tourist office is free Wi-Fi, and new play area for children, with soft safety flooring. Take note of the coloured cobblestones laid in the pavement you will notice playing cards and dice, following the theme of the old casino building. You will see the pattern in the cobbles change to fish and fishing nets near the holiday inn Hotel. This area is where they hold a monthly outdoor classic car show (Amigos dos Veículos Clássicos do Barlavento) with displays of up to 30 cars depending on the time of year .

Whilst the town has many high rise apartments, it lacks  a main high street of shops unlike other towns and its two large supermarkets Pingo Doce and Continente are both tucked it the back street off of the high street.Well worth a visit is its main church in the square (Igreja de N.ª Senhora) that rings out on the hour, although looking at the church it is hard to believe it was only built in the 1950’s and then only inaugurated by Bishop Francisco in the 1960’s and just a few yard away from the seafront.

Many back streets still offer traditional cuisine in the many restaurants local caught fish being the specialty. It has to be said it has one of the longest golden beaches in central Algarve. It can be entered on the flat from the fisherman’s beach end or a few steps down at the far end. If looking for no frills town, then Armação de Pêra is it.

Many Portuguese from Lisbon own or rent holiday homes here with it’s number swelling to nearly 100,00 in the summer months. There is a large daily fresh fish and fruit and veg market, as well as a street market every Saturday & Wednesday outside the post office. There are many mini supermarkets where you can get nearly all the essentials; hence the town has continued to grown in popularity. Armacao de Pera underwent €9 million improvements along its seafront to bring it into keeping with modern living although much character was stripped from the town, one good thing that came out of it was the wheelchair access to most places including the beach.

Keeping it’s bars and restaurants serving many traditional dishes keeps many restaurants open all year round.

Armacao de Pera has fewer bars and pubs. With lower key and higher standard than those fighting for trade in nearby Albufeira. Prices are more realistic a coffee or beer on the seafront only costing €1.20. Restaurants offer a tourist menu with the starter main and sweet along with wine for around €10-€15 this was still the case in 2020. Overall a great town for walking, being mainly on the flat. Armacao de Pera still retains its tiny cottages hidden away on the back streets near fisherman’s beach.

The modern love of art can be seen on many roundabouts along the main road toward Porches. Note: the bar/cafe on the beach on fisherman’s beach is an official public toilet with ramp for disabled. You do need to ask for the key, the toilet is only open to the public in peak season 1st June until 30th September. 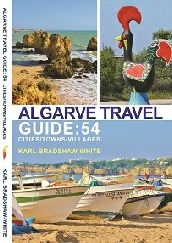 To read more about Armacao de Pera and 54 other Cities/Towns/villages you can now purchase the Travel guide book, packed with useful information 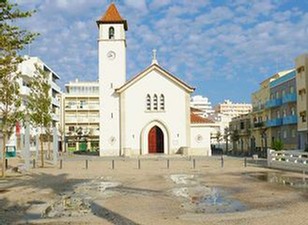 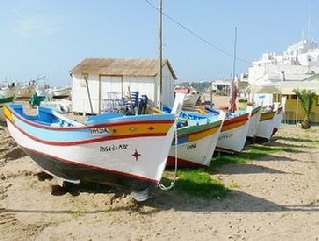 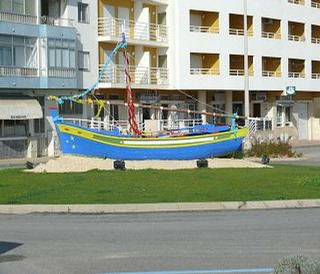 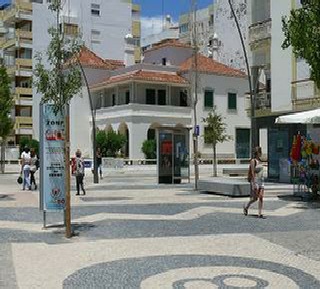 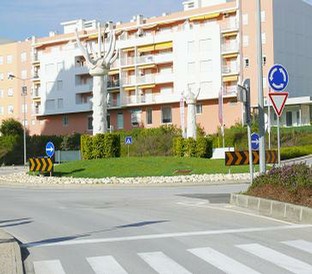 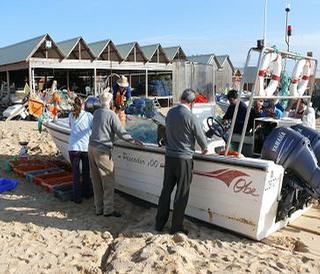 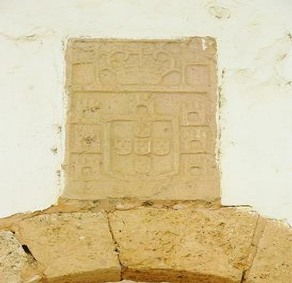 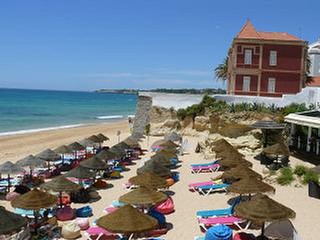 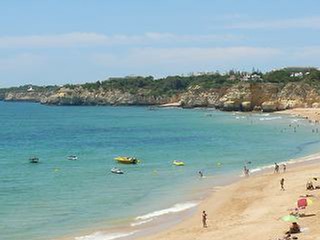 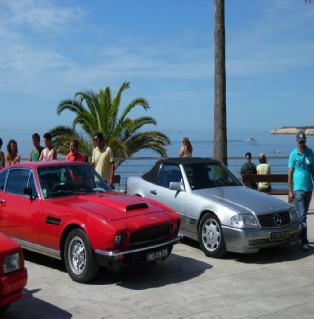 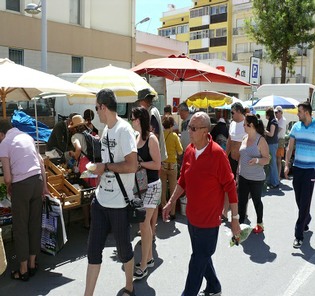