Benafim Grande in central Algarve comes under the district of Loule. Located on the EN124 road, running  from Alcoutim on the Spanish border, towards  Silves in central Algarve. The village commonly know as just Benafim joined parishes with Querença, ,now referred to as  Tôr e Benafim. Benafim grande itself sits over 200 metres above sea level set in the Serra de Caldeirao hills,enjoying coastal views from the top at the church.

The church with is small small clock tower and at the rear of the church is hand painted tiles of Christ on the cross, dating originally when a small chapel in the 16th century which saw the rebuild in the 18th century as the parish grew in size.

The whole feel of Benafim  is a true encounter how the Portuguese live. From the grander merchant houses to the humble stone built houses that are just six feet wide with a small doorway and one window. Built with pride with many having large fancy chimneys which the Algarve if famous. The larger and more elaborate of the chimney design was a sign of standing of status & wealth.

Benafim comes under the district of Loule one of the richest parishes in the Algarve with it’s income coming from what is know as the “Golden triangle”. The town’s public places have been restored whilst keeping all its charm. Many narrow cobblestone street have not changed for decades, the main street is wide with benches ever fifty metres along with old style street lamps adding to the character.

Towards the rear of the town, is a local tiled water font now fully restored and boasts scenes of the past with hand painted blue/white tiles. The font now updated, fitted with brass taps that replaced the stone gully that used to flow continuously with spring water. The water is suitable for drinking and used by the locals. Just a short distance away is the fully restored and working public open air Laundry housing public toilets. The main wall has artistic hand painted scene of an Arab with a young girl painted in 1996. The story is depicting  a young Prince Ibn-Almundim who ruled the city of Silves during the occupation of the Moors, he fell in love with a Nordic Princess called Gilda who live afar, when he brought her to the Algarve to settle, come winter she saddened and longed for her homeland missing the bright white pure snow. So the prince planted acres of white almond blossom  trees to mimic the snow to make her feel at home. (So the story goes) 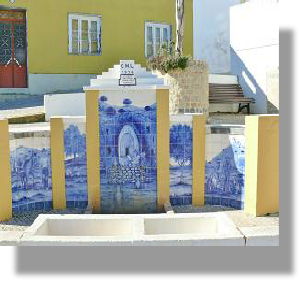 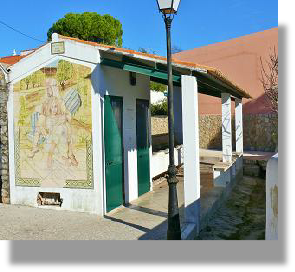 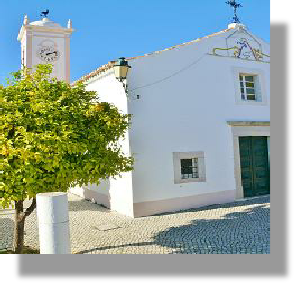 Across the road is a picnic area with an old water Nora. With wooden tables and benches as well as a stone built barbeque. An information stand showing areas of interest within the town, also a small museum. The area is very popular with walking groups with routes that can be seen on Google earth. It runs through Rocha da Pena, signs kindly ask you not to make too much noise due to wildlife population that breed in the nature reserve. The walk is about 3 hours depending on your pace, and covers less than 5 km. You will often see Sheppard’s as the area is known for grazing of goats and sheep. The lime soil gives growing of Almonds and Figs one of the largest for the Algarve.

Benafim Grande has all you could want if staying nearby, a large supermarket on the entrance on the EN124, with a petrol station; chemist, medical centre, sports club.

Plenty of small bars and a few Restaurants that serve traditional Portuguese dishes, as well as the dish of the day (Prata da Dia).  Benafim Grande holds an annual event normally on the 3rd of October with runs until the 5th Republic day for Portugal. Locals pull out the stoppers, with family and friends meeting at the local public picnic & barbeque area.( If using the BBQ please leave it clean for the next people to enjoy). 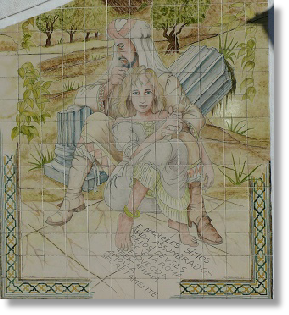 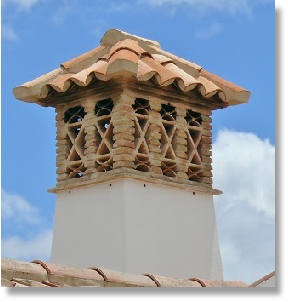 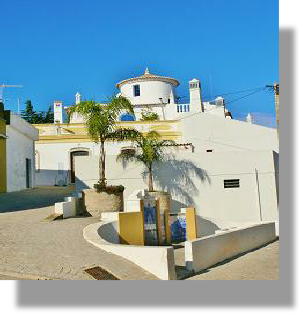 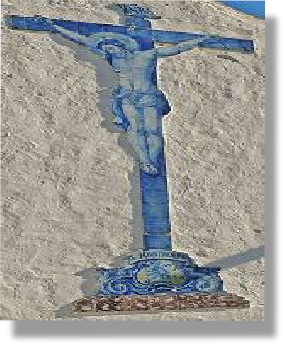 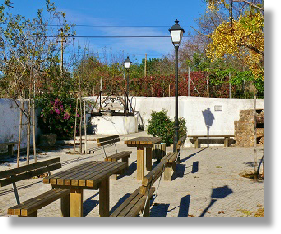 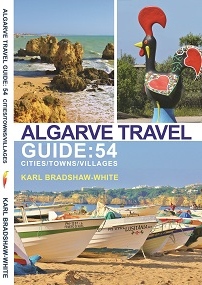 To read more about Benafim and 54 other Cities/Towns/villages you can now purchase the Travel guide book, packed with useful information 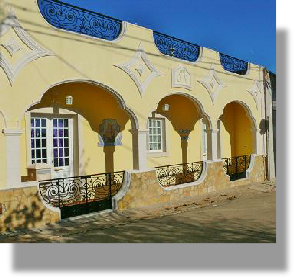 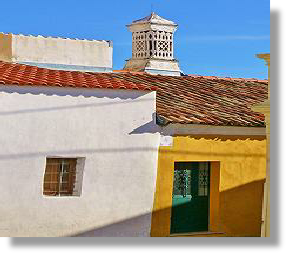