Guia in central Algarve is a small village that comes under the district of Albufeira, being just 4 kilometers away. Guia today has become famous across Portugal for its chicken Piri-Piri and wine production.

In the 16th century when Portugal discovered the spice, it was a huge trading tool with other countries. It was in fact Portugal that introduced hot spices to India. Chicken Piri-Piri is believed to have originated from Angola and Mozambique, but nowadays it is one of Portugal’s national dishes, with Portugal being the largest consumers of chicken in Europe.

The village of Guia in the past played an important part of the Algarve. The windmills of the village and that of the nearby village of Algoz, where well known for the millenary industry. The windmill is incorporated in the coat of arm for the village Guia.it still has a well preserved windmill that sits in the grounds of the vineyards (Adega da Cantor). This translates as the winery of the singer. The name given by the well-known English singer Sir Cliff Richard. Who started the vineyard from nothing and built it a well know brand having developed many award winning wines from the vineyard,  not bad for someone starting from scratch? The vineyard now offers tours and wine tasting's at its nearby shop at the rear of the Algarve shopping Center which is also situated in Guia along with an Aldi supermarket and a large Makro ( trade card need for entry)

The village is now celebrated with being known for chicken piri-piri and wine that they have dedicated a roundabout with sculptures of wine bottles and chickens. 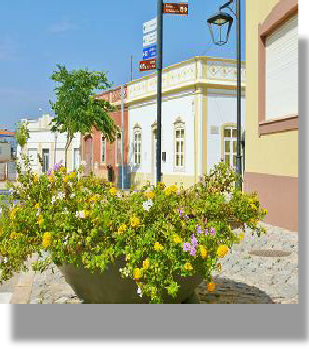 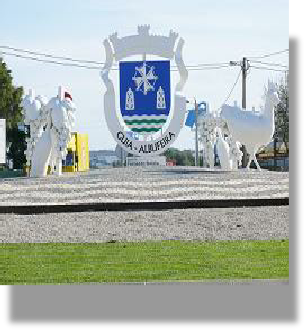 The village is a good stop off point as it has much to offer it has a good daily covered market for fish, plenty of restaurants. The village offers amble parking just of the main high street, well worth strolling around the many back streets with many cottages with their brightly colored frontages, to the more grander merchants houses with carved stone door and window surrounds, and fancy wrought iron Juliet balconies, the main high street has a good selection of cafe/bars as well as bank with ATM machines. There is a small chapel with a Moorish style courtyard garden well worth a look. The village has a picnic park with the old Nora water well dating from the 1940’s that use to serve the local community.

The village splits into 2 with the EN125 running through it, on the other part of the village is one of the largest piri-piri restaurants seating around 800. It can be found on the road to Algoz. There are nearby beaches of Gale and Albufeira with their many rugged rock formations that feature in many postcards. As well some stunning golden beaches that Algarve has become known for, having some of the best voted beaches in Europe. Guia hold many annual events and one well worth a visit is the Easter giant bake festival with free entry, music and tasting of the giant cake Click for more details 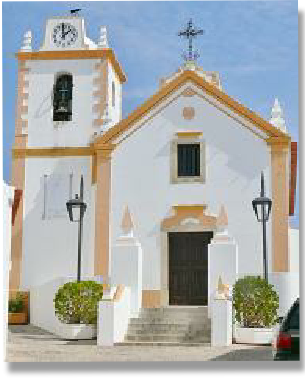 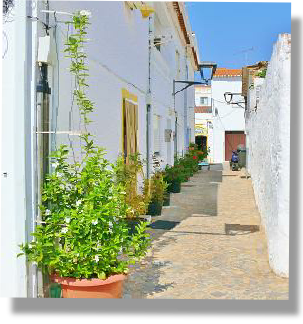 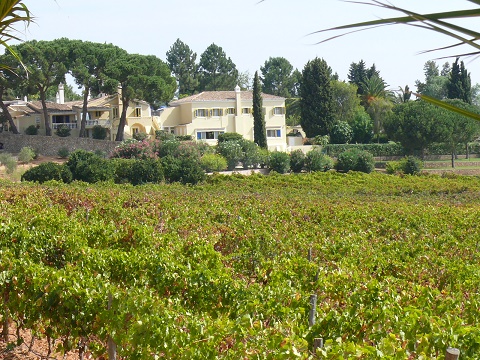 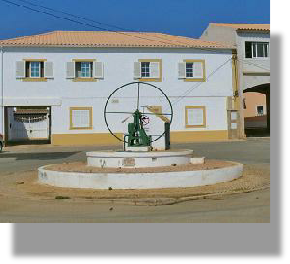 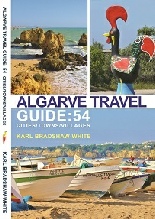 To read more about Guia and 54 other Cities/Towns/villages you can now purchase the Travel guide book, packed with useful information 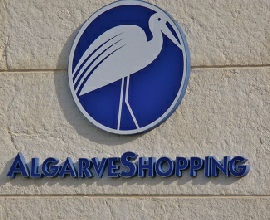