Faro cit, in western Algarve being the largest city for southern Portugal, with the main Faro modern airport handling 90% of holiday flights for the  Algarve.  Faro can be a good base for any holiday for those wanting a city break. Faro has a fair share of history and culture along with surround towns and villages being places of interest like Estoi with it’s palace.

With a population close to 130,000  in 2020, it has become the Capital of the Algarve. The city of Silves lost popularity as the main city of the Algarve, due to the decline in trade, due to river silt causing the river to become difficult to navigate. Faro is the main administrative centre for the whole of the Algarve region. Faro has both Arab and Roman history dating back to the second century being ruled for nearly six hundred years by the Romans those interested in history a visit to one of the best Romans ruins can be found in Vilamoura at the Cerro da Vila muesum .

Most Faro standing of the present day have most of it’s older buildings constructed after the disastrous earthquake of 1755 when the city was hit by a tsunami flattening most buildings, with mainly only fortified buildings surviving. Many 18th  Century buildings standing in Faro today have old wrought iron balconies and there parapet walls with statues and urns only surviving as the were not taken down to be melted for the war effort unlike most of England’s wrought iron which was destroyed in the name of the war effort only to find that wrought iron was useless.

The Moors who occupied the town in the 8th Century after their conquest from  the Romans, giving its original name of Ossonoba who then developed into a major trading port until 1249 after ruling the city for nearly 500 years until they were defeated by the forces of Dom Afonso lll.

Hand painted tiles in the various public buildings & parks depict scenes of the battle in the history of Portugal. Similar tiles can be seen on the benches in Portimao in the main square near the fountain.

Faro has a Cathedral, also many churches with the finest hand carved wooden altar backdrops, lavished in 24ct gold leaf. But the most famous is the cities, "golden" church of Nossa Senhora do Carmo the best example in southern Portugal.

It also contains the macabre chapel lined with the bones from over 1.200 monks. 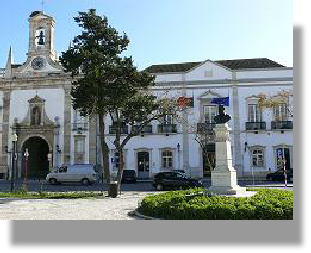 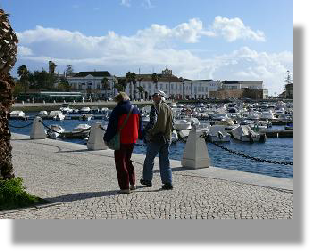 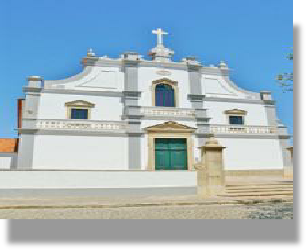 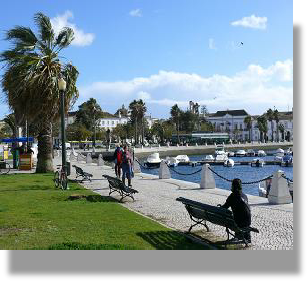 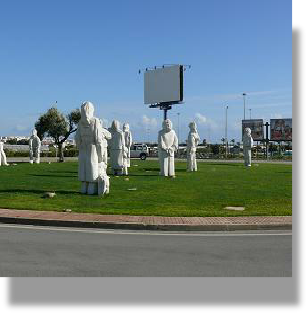 Particularly attractive is the old part of the city surrounded by the Roman walls that date back to the 8th century. Inside a spacious open square that was once the site of the Roman Forum. A 13th Century Cathedral that faces the 18th  Century Episcopal palace. Another nearby building worth a visit is the 16th  Century convent now the home of the city’s archaeological museum. Covering periods when the Arab Moors occupation ruled.

Next to the small harbour/marina bordering the Praça de Dom Francisco Gomes is the small naval museum. Displaying intricate detailed scale model ships boats and galleons, showing the maritime history of a navy and working life in Portugal.

There is also the Faro Jewish Heritage centre, which consists of a cemetery and a small museum. It still has strong active connection today with Portugal offering repatriation to the Jewish people after their exile. Much of Faro is now a thriving one with everyday shops restaurants and nightclubs to cater for those who live in the city centre. Faro is also the home of the Ria Formosa lagoon nature reserve. Over 17.000 hectares, a stopping place for hundreds of different species of birds. During arrival in the spring mating season, then migrating in autumn period.

The beach is a bit of a trek being 7 Km distant from the city. A long sandy beach reached by crossing a wooden bridge it is not far from the airport. Faro holds many annual events and fairs and well worth contacting the tourist office to see what’s on during your visit.

Well worth a short trip inland is nearby town of Estoi with it’s palace built at the end of the 18th century by a local aristocrat from the Carvalhal family. Considered a fine example of neo-classical architecture, its interior has more of a French and Italian feel.  Paintings of cherubs on wall and ceilings the furniture of the Louis 16th style. Estoi palace remained in the Carvalhal family until 1893, when sold to a wealthy chemist and landowner from Central Portugal.  The new owner had the palace restored and augmented by Portugal's pre-eminent architect of the time. He did such a good job it earned the owner the title of Viscount of Estoi in 1906. The palace passed down through the family until falling into disrepair. In 1987 it was purchased by the Municipal Council of Faro. 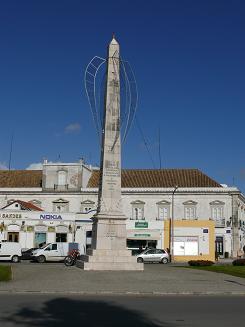 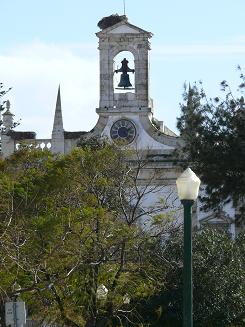 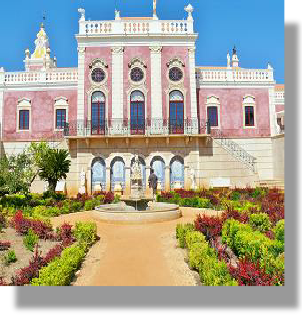 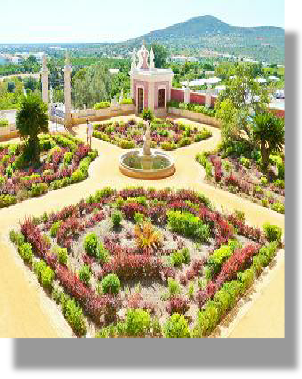 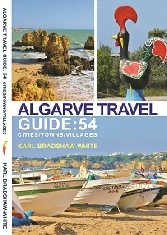